Posted by Unknown on January 05, 2010
Some days I am looking so far into the future that I fail to see the present.

While it's good to have dreams and make plans, you occasionally need to stop and live in the moment.

These are realities that have suddenly hit me hard. Time to refocus. Time for me to live in the here and now, or else the future won't amount to much anyway.
Me Myself and Monday 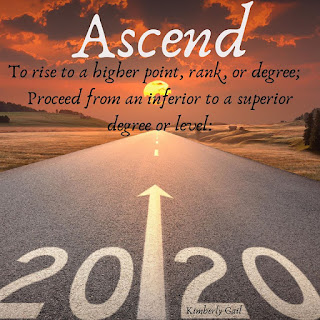 I, like many others, start each year off with a word for the year. Choosing a word, rather than making a resolution, places less pressure on me to work hard and fast to accomplish one, highly defined goal. Instead, I have the entire year to work towards a broad end goal, with small steps along the way.      I am definitely one of those people who need to break down any goal, or project, into smaller, easier to manage steps. Anxiety plus pressure equals an unhappy, and mentally compromised, version of myself.      In 2017 I chose the word Control. That year, throughout the entire 365 days, I took control of areas of my life that I felt I had lost my power over. One of those was my weight. I lost 15 pounds in 2017. It may not sound like much, but having a rough idea of wanting to lose 20 pounds, it was excellent. I was living in a situation at that time that I felt like I had no control over, having moved to a state I had never even visited for my husband's job. The city