Posted by Kimberly Gail on July 07, 2017
As an up-and-coming writer I want to connect with my readers (well, future readers technically). In order to do that I would love to share the world I have created for my work-in-progress with my blog readers. I will be doing that here on Fridays.

You may occasionally see a snippet from the novel itself, or an introduction to one of my major characters such as this one. Often I will be writing scenes that won't make it into the novel itself, but will give you some insight into their world.

This week I am simply sharing a few facts about the kingdom in which my characters live....

*The kindom of Khoya Asa consists of the main Citadel which is a walled citi (city) that surrounds the castle. Living in the castle is the royal family consisting of King Abimelech Yehudi, Queen Elsbeth, Prince Rohan, and the princess Ariyanna. The Yehudi family is represented by the lion. Family symbols are an important part of this world as members of the families inherit the traits of their animal. 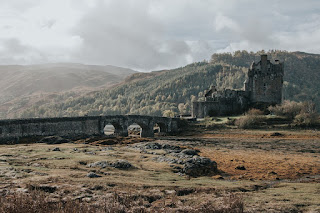 The kingdom also included two villages, Dena Asa directly outside the Eastern wall of the citi and Pare Asa which lies a few miles to the west. Khoya Asa has been suffering from drought for many years and has nearly become a desert wasteland.

That is all the sneak peek you are going to get for now, but there is bigger and better stuff to come. So join me here on Fridays for a peek into the kingdom of Khoya Asa, or one of the other twelve kingdoms.
Books Fiction Fiction Friday writing