The Lies We Tell Ourselves

Posted by Kimberly Gail on July 03, 2017
Occasionally you wake up feeling as though death is imminent. You feel like your head weighs a thousand pounds, kind of like you're having a heart attack, and quite a bit like you're about to live that scene from Alien where a slimy little space dude rips forth from your stomach. Chances are if you wake up feeling that way, you probably had too much to drink the night before. But if you're like me then it's actually just a sign that you're getting too old for midnight movies and 1:00 am garlic cheeseburgers.

Either way, in the end the results are the same. You're laying in bed vowing to never do it again and telling yourself you really mean it this time but knowing you're just lying to yourself. 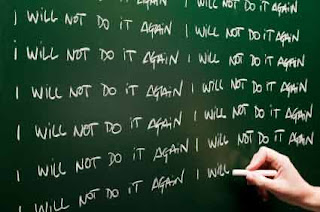 Life Me Myself and Monday What Passes For Humor