Prophecy of Peace... What's It All About?

Posted by Kimberly Gail on February 02, 2018
In a world where God has long since been forgotten, evil reigns. When the demon lord Azuras arrived so did famine, drought, and plague. But for the citizens of the twelve kingdoms, those are the least of their worries, for he also brought with him an army of demonic beasts.

Over time, in an effort to manipulate the people and win their devotion, Azuras imprisoned or banished many demons. But to maintain control, he decided to leave some to ravage the land. One such demon is Danaava, a monstrous beast with a propensity to devour young girls. When Azuras demanded a yearly sacrifice of one fifteen-year-old girl from each kingdom to placate the beast, the kingdoms wept.

Falling to their knees the citizens cried out for salvation. Their long forgotten God heard their cries. He sent to them a prophet.


"Take heart citizens of the twelve kingdoms. Though we suffer grief through all kinds of trials under the harsh rule of the evil Azuras, it will not last forever. Have faith that his end will come. He takes all that is ours, but I tell you to hand over your treasures to him with a faith that will be rewarded by things far greater than treasure. We must hold on through these terrible times in anticipation of our release from his evil.
Fifteen decades from now, in the year of the blood moon, a princess will be born to the twelfth kingdom. She shall be named Ariyanna. And she will bring peace back to these realms. When she has brought about the return of peace, our people will be filled with an inexpressible and glorious joy. And Azuras? Oh, my dear people. He will receive his true dues." 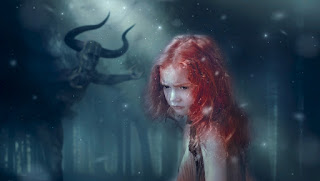 Fifteen decades and fifteen years more have passed since their savior was prophesied. The Princess Ariyanna of the twelfth, Khoya Asa, has come of age.  But can a sheltered princess truly defeat evil and fulfill the Prophecy of Peace?
Prophesy of Peace (a working title) writing